Originally incorporated as "The First Methodist Episcopal Church of O 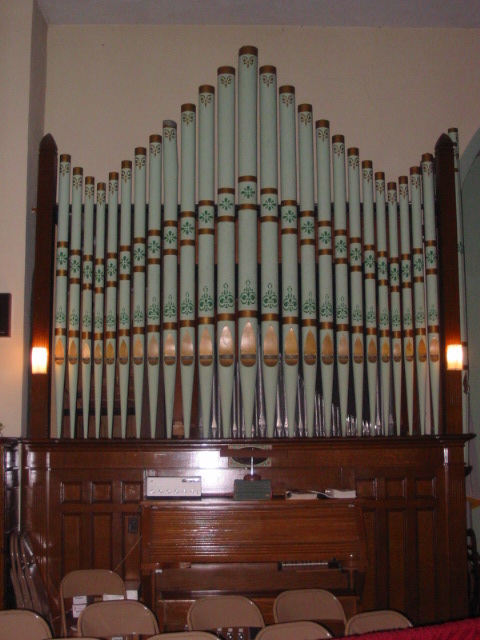 riskany Falls, Oneida County, New York", the United Methodist Church of Oriskany Falls has been in existence since 1867.  The church has been a cornerstone of the community ever since.  The current building was erected in 1872 at a cost of around $5,000.  The bell was hung in the tower in 1876 for $400.

The parsonage was bought in 1889 for $1,500. It was owned until; about 2006 when the pastor had a home of his own, and it was sold.  The church got electricity in 1905.  Pastor Griggs, the first pastor to stay for five years (1907-1911) had the pipe organ installed for $1200. The opening recital was held on March 31, 1908.  Many other changes were made, about which you can read  here.  The Sunday School has been an active and essential part of the church since the beginning, and continues today.  Bible study is ongoing through the school year, and currently is offered by the pastor. The next study dates and times will be announced soon.